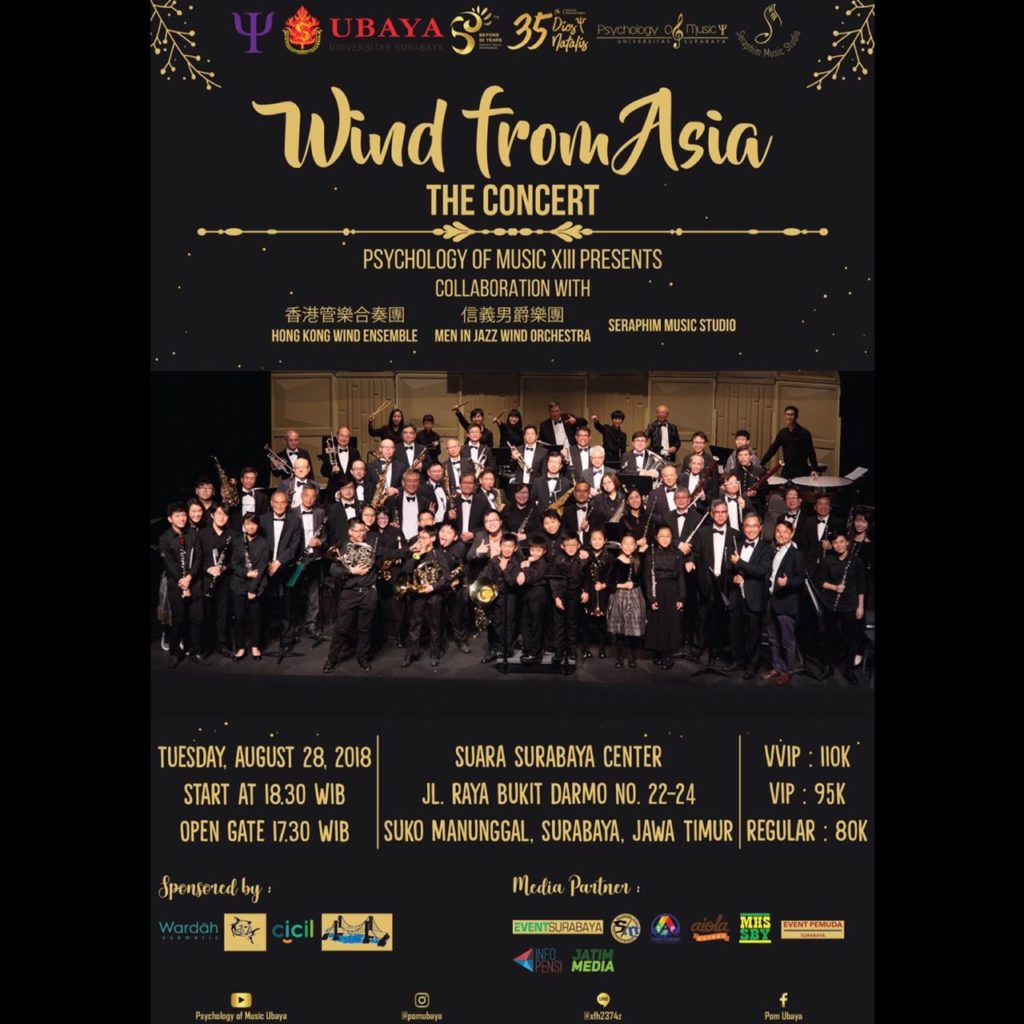 SURABAYA – LED screen in the Suara Surabaya Centre (SSC) Building shows the richness and the beauty of Indonesia’s landscapes on Tuesday night (28/8). That screen alternately shows the sea of Maluku, Ambon, to the Banda isles. That stunning landscape is accompanied by the majestic live orchestra in an epic collaboration.

It is Hong Kong Wind Ensemble (HKWE), Men in Jazz Wind Orchestra, Seraphim Music Studio, and Psychology of Music (POM) Universitas Surabaya (University of Surabaya). They all played together the song ‘Rasa Sayange’. IN the middle of the score, the orchestra lovers are invited to fill the melody by singing the chorus part of that song. The chanting is replied by the sound of violin, cello, flute, to bassoon.

That is also the last song from the concert titled ‘Wind from Asia’ that is held by POM Ubaya. This year’s concert is bigger compared to the similar event last year. One of them because they are collaborating with HKWE. Winky Chau Wing Kam, music director as well the conductor that leads HKWE team, is performing with full of energy that night.

They managed to attract audience’s attention by dueting with Louifa Lee that presents the singing doll. Playing doll’s song from Tales of Hoffmann opera. Louifa enters the stage by walking as if she is a living statue. She uses rising(?) midi dress and blonde hair. As a classical singer, she passionately sings the song in some high notes. A few times she inserts some funny acting. For example when she suddenly stops singing and acts as if she is a non-living statue. Chau as the conductor then stops the music and go to Louifa to ‘revive’ her. She uses a tool in the back of that statue doll. Immediately, Louifa is back to life with a cute and shimmering face.

The performance makes the audience moved and clapped a lot. Besides that, HKWE also plays some melodies from classical song that sounds sad. One of them is Goodbye My Love that is popularised by Teresa Teng in 1975 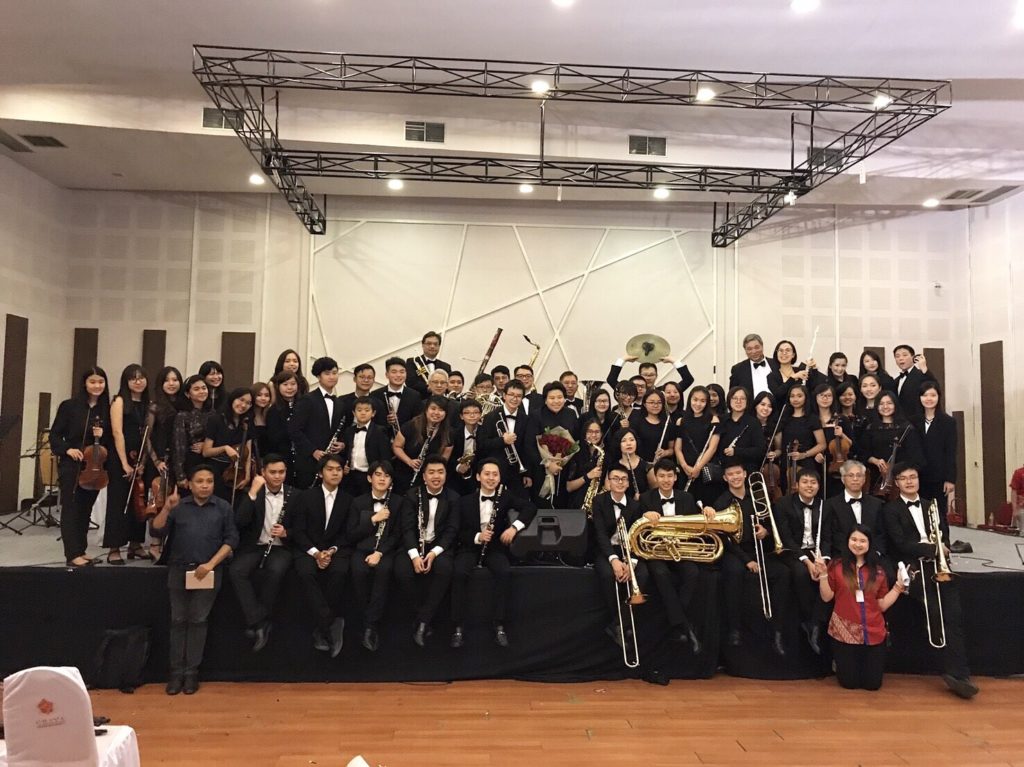 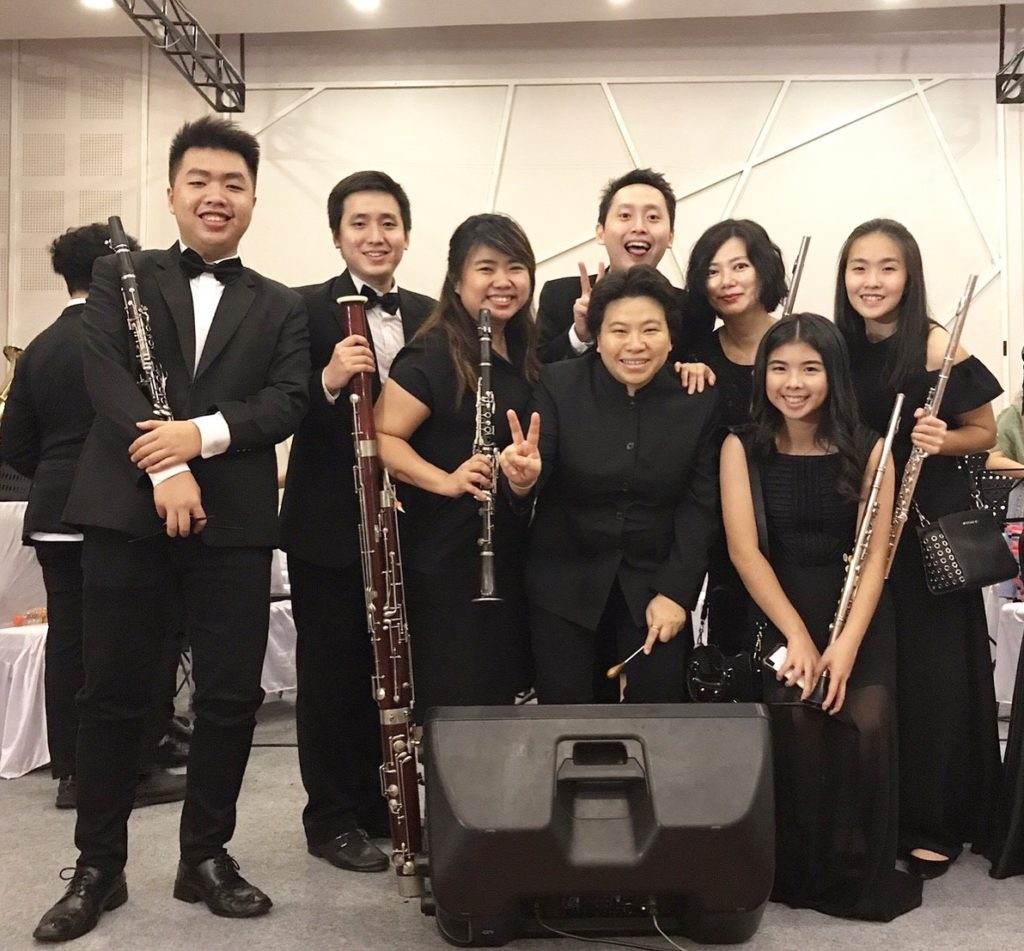