Shape Your Mind with Music

Indonesian Violinist Esther Goldy Roestan made her solo debut at the age of 9 with the Surabaya Symphony Orchestra, performing Mozart Concerto No.3 in G Major. She was the grand prize winner of the 2009 Malaysian Youth Orchestra Patron Award.

At the age of 14 she moved to New York and studied with Grigory Kalinovsky at the Manhattan School of Music, and continued in Indiana University on full scholarship with Sigurbjorn Bernhardsson. Esther love to spend her summer by attending the Zukerman Program, Heifetz International Music Institute, Bowdoin Music Festival, and Madeline Island Chamber Music.

She also enjoyed orchestral experiences, she was the youngest member and assistant concertmaster in the Indonesian National Orchestra, and she was also the Concertmaster in Jacobs School Concert Orchestra. In Spring 2017 her quartet won the Jacobs School Kuttner Quartet Competition and she is looking forward to attending Oberlin Conservatory Artist Diploma program on full scholarship. 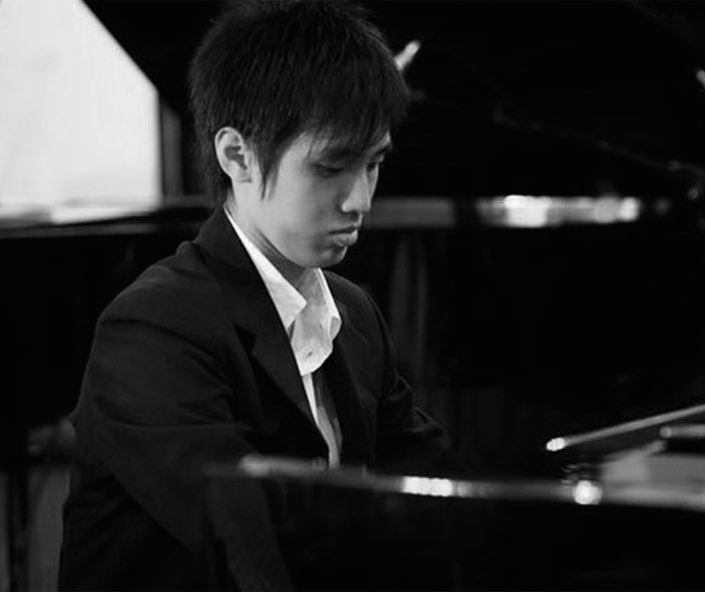 Cosmas Sebastian Atmadja (born 1991, in Surabaya, Indonesia) began his piano studies at the age of 3 from his mother Russy Sutanto. He subsequently learned from Rukian Sutanto and So Kim Hwie, and then pursued further studies under guidance of Wei Tsin Fu (Germany) and Elizabeth Powell (former head of Sydney Conservatorium Keyboard Department).

Cosmas has been awarded his AMusA and LMusA from the Australian Music Examinations Board (AMEB). As a pianist, he has earned a remarkable achievement including Theme and Variation and Steinway and Sons Scholarship, The most Outstanding Pianist Award, and the Museum Record of Indonesia (MURI) as the youngest pianist who played a piano concerto with an orchestra.

Cosmas also has significant experience as a performer such as performing Grieg Piano Concerto and Mozart Piano Concerto with Surabaya Symphony Orchestra, Carnival des Animaux and Carmina Burana with Jakarta Concert Orchestra and Fantasy of Indonesia Pusaka with Nusantara Symphony Orchestra, which he played in the presence of the fourth President of Republic of Indonesia, Megawati Soekarno Putri. In 2007 he performed Liszt Totentanz with Seraphim Music Orchestra under baton of German Conductor Mr. Moritz Gnann. He has also been invited to Asia, Europe and Australia for a tour concert in 2006.

He was invited to give a recital in Lake Macquarie and to participate in winners’ concert of Ryde Eisteddfod in Sydney, Australia in 2013. He also performed with Jakarta Philharmonic Orchestra in the event sponsored by Jakarta Governance in the following year and Yellow River Piano Concerto in the Chinese New Year Celebration attended by the Consulate of Republic of China. Cosmas graduated from University of New South Wales with Bachelor of Commerce degree in Finance and Information System.

Be ready to enjoy An evening in Paris !

An Evening in Paris